Crafting in MMO Game Atlas allows players to use the Resources found in the world around them to create items, armor, weapons and structures with which to build Ships and Forts.

To craft items, players must harvest Resources such as wood and stone from the world around them and combine them to create items. The 'recipes' for these items are unlocked through the Skill Trees, with upgraded versions available through found Blueprints.

Crafting is essential to developing your domain

Resources in Atlas MMO Game are the raw materials players collect from the world around them. These items are used  to Craft all kinds of Armor, Weapons and Tools, as well as Structures for Building your Ship or Fort. Gathering this materials is imperative to player Survival, as food and water are basic needs of the player character.

The different Biomes or Locations in  Atlas MMO Game all feature different Resources, which in many cases can be classified in broader categories for the purposes of Crafting etc. For example, the Resources  Fronds, Reeds, Roots and Rushes are found on different Islands and in different Biomes across the world of Atlas, but can be used interchangeably for anything requiring resources from the Thatch resource group under which they are classified. Bear in mind, though, that Crafting higher level/tier items may require specific Resources rather than their broader category, or multiple of a particular group (eg 2 x 20 Fibers in a Blueprint would require you to use two different types of Fiber of your choice), so you may need to go visiting foreign climes to harvest exactly what you need - or trade with visitors from afar!

How to collect Resources in Atlas

Players harvest resources by pressing "E" on their keyboard near plants that can be harvested by hand and other interactable objects such as a water spring, or by using their melee attack with the appropriate tool (eg Hatchet/Pick/Sickle etc) equipped. When players begin the game, they will need to use their Fists to punch trees and rocks to obtain Wood and Stone in order to produce specialized harvesting tools such as the Pickaxe and Hatchet. Once these initial Tools are crafted, they can be used to harvest greater amounts of resources as well as more advanced materials (such as metal from rocks) to create better and more powerful Tools. 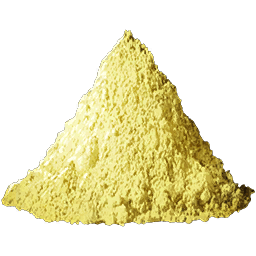 Intermediate resources are those that have been processed or crafted from raw resources to make new resources.

Processed in your Inventory

Processed in the Mortar and Pestle

Processed in the Forge